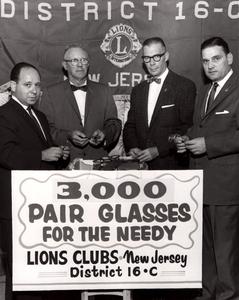 As of August 2012, Lions host eighteen (18) Centers around the world. There are seven (7) countries with approved Lions Eyeglass Recycling Centers (LERC’s). They are located in -- Austria, Canada, France, Italy, Republic of South Africa, Spain and the United States. According to Lions Clubs International, 70,330,006 pair of used eyeglasses were collected and 33,136,463 have been distributed since 1995.

The NJLERC just finished our best year of service. Beginning July 1, 2011 through June 30, 2012, we distributed 110,640 pair of eyeglasses to missions in 20 different countries and served an estimated 102,820 people while fitting approximately 94,380 needy individuals with eyeglasses. During this same period, NJLERC collected 1,018,525 pair of donated eyeglasses for processing to needy individuals throughout the world. Also, since we began keeping records back in 1997-1998, NJLERC has collected approximately 10,883,203 pair of eyeglasses and distributed 1,256,335 pair of eyeglasses. We are extremely proud of all our volunteers and New Jersey Lions Clubs for their steadfast support over the years, for without them we could not accomplish our mission of giving the gift of sight.

The NJLERC maintains normal hours of operation Monday through Wednesday between 9:30 am and 3:00 pm. Special arrangements can be made for any volunteer or school group to volunteer outside the normal hours by calling President Alan Brewer at (908) 244-9996 or by email NJLERC@aol.com.

There is a tremendous need for recycled glasses throughout the world. Each year, individuals donate approximately seven million pairs of glasses to their Lions Clubs International Eyeglass Recycling Centers. The New Jersey Lions Eyeglass Recycling Center (NJLERC) at the Katzenbach School in West Trenton, NJ handles approximately 1,200,000 pair each year.

The purpose of the NJLERC as an organization is to collect, clean, neutralize and designate the prescription of used eyeglasses and to store and package them for distribution to needy groups and individuals throughout the world.

The NJLERC was originally established as a regional project within District 16-B a few years prior to the first board being formed in 1997-98. The original Board consisted of members in several clubs within District 16B.

Soon after its inception, NJLERC obtained a 501(c) 3 classification from the IRS as a Non-Profit Organization (6/10/97). NJLERC also received a State of New Jersey “Tax Exempt Organization” permit (11/06/97). The center became a New Jersey Lions “State Approved” Project in 2000 and is recognized by Lions Club International as one of eleven approved centers in operation in the United States. 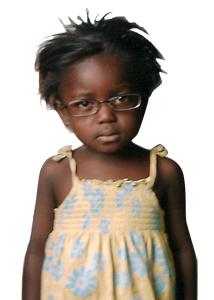